Smyths bar/club Icon Limerick is considered as one of the most popular commercial clubs in the Irish clubbing scene today. It is the only club in Limerick that is open 7 nights a week and with state of the art facilities and equipment it caters to groups from every walk of life, whether you are a student looking to go bop on to the most popular dance and Rnb tunes of the moment, or if you have a more classical taste you can enjoy the best of 80's and 90's. The club has two floors, upstairs caters for a younger crowd and with a capacity of over 800 people it never fails to dissappoint, downstairs caters to approximately 600 and provides the 80's and 90's music, so on a busy night you are more than likely going to have a good experience. Smyths bar is more often than not the first stop on the way into Icon. It is the downstairs pub which serves great food during the day and features some of the best live bands around every night of the week. There is a great atmosphere there. Here are some pics I took of the club. 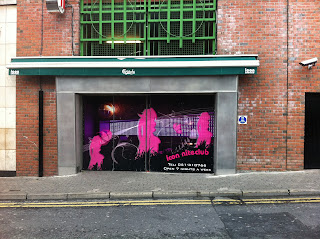 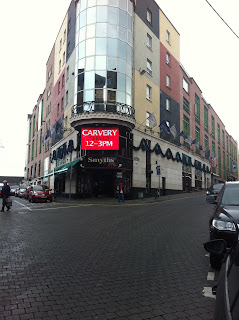 I work in Icon as a DJ and Lighting Jockey a couple of nights a week. I've worked there for 8 months and my experience has been really positive so far. I have had the pleasure of being a part of the Smirnoff nightclub exchange project in which Icon was officially voted number 1 nightclub ahead of the most popular clubs in Ireland https://www.facebook.com/pages/Smyths-Bar-Club-Icon/162151283832601. We have been given a massive staff party as a prize as well as a reputation boost and free publicity for the club. All the staff in Icon are really friendly and eager to do their jobs well, which was a major part of the votes received and the and is the reason for the regular customers we receive on a nightly basis. Below is a video I took of the Smirnoff  nightclub exchange project promotion where the theme was Miami based. It is early in the night so no customers were in the club yet but it is just a small taste of what went on.

I really enjoy working in Icon (aside from the constant late nights). It's a great laugh!!!! I don't really consider it work to be honest because I love it so much.... It's definitely worth checking this club out.
P.s... Bring ID's