The stables were established in 1987 and have grown to be the largest club on campus. It is the main focal point for social life in the university. For the past 23 years they kept a high standard and have been consistent in their services. It’s the perfect place to sit back from morning to night and enjoy breakfast, lunch, dinner or a social drink. The stables have an outdoor pavilion covered courtyard which is perfect for some events including barbeques, parties and music concerts. The stables are well known to have great music acts lined up for throughout the year. So far they’ve had De Lorentos, Fight Like Apes and Transmitter. The line up this club has made is phenomenal and should be acknowledged for the sheer enjoyment it brings University students. 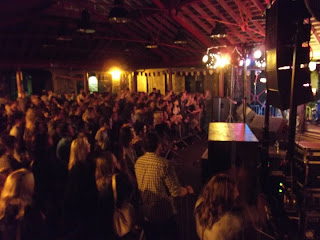 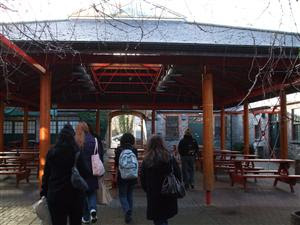 Halloween Ball
On the 28th of October I attended the University of Limericks Top Location, the stables for a fancy dress party for Halloween. Tickets went on sale for the event at the start of the week from the students union and were priced at €5 each. There were free pints for the first 100 people in and prizes throughout the night for the best dressed and plenty of promotions which were sponsored by nokia. Doors opened at 7 o clock to what proved to be a fun filled night. The event was jam packed and probably couldn’t have held anymore people which proved the stables was the place to be on this night. 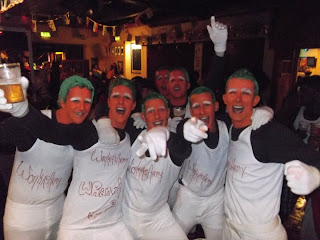 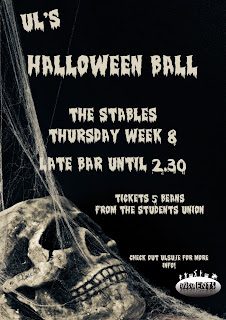 The Event
The event required fancy dress for entry so people dressed up as pirates, oomph loompas and some even went to the extreme of characters from the chainsaw massacre. The costumes were fantastic and such effort went into making the night one to remember, at least until the real Halloween. The night was kicked off with a band called Boston buyback playing inside
They covered versions of many popular songs and had the crowd going crazy. This was followed by Dj Daniel Fox who has played in the stables many times and is slowly but surely gaining a regular gig. His djing went down a treat.

I found out about this event from the students union website and from the stables club facebook page: http://www.ulsu.ie/ents/its-coming
http://www.facebook.com/?ref=home#!/stablesclub?v=wall
No matter what the event is the stables always exceeds limits in being the perfect location for a wild night out or even for a quite meal with friends. I really enjoyed this night and look forward to other events the stables have during the year.
Emmet O’ Donnell
(10121358)
Posted by Digital Media Design @ UL at 10:25 PM