The Final Of UL Live! 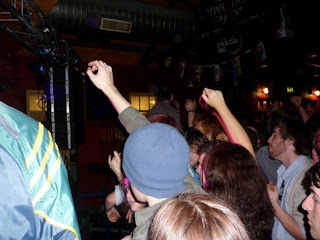 Last Thursday, the 21 of October, was the final round of the UL Live! battle of the bands competition. It was showcasing some of the excellent bands that the University of Limerick has to offer followed by a headline performance from the increasingly popular Fight Like Apes. I heard about the event when I was browsing through the UL Music Society's Facebook page "Winner of UL LIVE! heat 4 is Rabid Fox. Tickets available behind the bar in the stables for the final on Thursday, with Fight Like Apes!” So I headed down to the stables and grabbed myself a ticket which were only 5 euro which really suited my cheap budget! 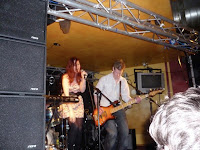 It all kicked off in The Stables Club around 9pm with an acoustic set by Philip followed by an energetic performance from the punk band Blank. Their cover of Barbara Streisand really made a good impression on the crowd and really got the show going. Up next were local band The Rabid Fox who opened with a cover of Feeling Good and then went on to play their own tweaked version of Lostprophets cover of The Prodigy’s Omen. The Loaded Kings were next to take to the stage and played an impressive collection of their own songs. With over 1,100 fans on Facebook they were sure to be a crowd pleaser. 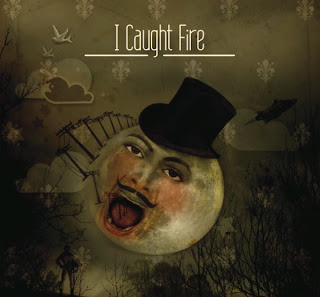 The final act of the competition was I Caught Fire from my local town Nenagh in Tipp. They have been playing together now for 3 years as I Caught Fire since the split of their earlier project 7 Even Words. This year has been a great year for them with the release of their self-titled EP and having been voted the best unsigned act on Mark Hoppus’ (Blink 182) website forum. The anticipation was building up before the band took to the stage with the crowd chanting “I Caught Fire!” The band played 3 of their own songs while the crowd went nuts! It was the best performance of the night and earned them first place in the competition (My band losing to them in the first heat was to be expected! …check us out!) . A few days ago they released their debut video of footage from all their shows and UL Live! just so happens to be featured in it, see if you can spot it!

Fight Like Apes finished off the night in style with a great show and the biggest crowd of the night. 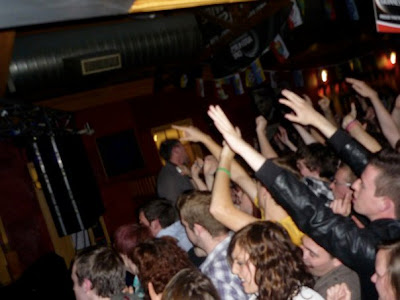