For my assignment I decided to research the history of King John’s castle which is located in limerick on the bank of the river Shannon. To this day the fortifications and structures of the castle are still intact and it serves as a popular visitor’s attraction for the city of Limerick. The castle is said to have been built between the years 1200 and 1210 but in the later centuries it was rebuilt and altered on many occasions. Visitors get to opportunity to experience Norman life as the courtyard hosts a range of different displays and demonstrations. 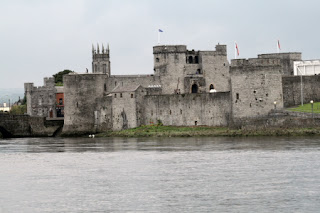 The first settlement on the site was built by the Viking leader Thormodr Helgason  in 922. It is said that it was used as a base of operations by the Viking clans to pillage and raid areas along the Shannon such as Lough Derg and Lough Ree. However in the year 943 the Vikings were defeated by a allied force of the Dalcassian clan and  Ceallachan the King of Munster. This affected the Vikings numbers drastically and as a result of this they were no longer the prominent force in Limerick.


Trip to the castle

In 2009 I went on a trip to the castle with my family and i got to experience the castle from the inside. We were given a tour of the battlements and the main courtyard and also we were shown demonstrations of different aspects of life in that period of time. One of these was a demonstration of the Normans use of the open-field system for agriculture. We were also shown some of the Norman weapons used in that time period such as the double bladed sword and the lance. 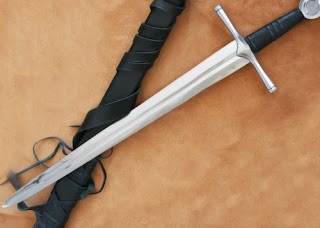 Personnally i think King Johns is of great historical importance to Ireland and it is a valuable heritage site for future generations to experience.