There is no denying that, in recent years, graffiti/spray painting has become very popular among our generation. I first encountered The Dock Road Spot when i was on bebo several years ago and have been extremely interested in graffiti since. I recently took up spray painting and have been strongly influenced by the graffiti at the Dock Road. Many of my friends are graffiti artists and are well known around limerick. The most recognizable tag names that pave the walls of Limerick are Geko, Baqs, Mech, volk and many others. 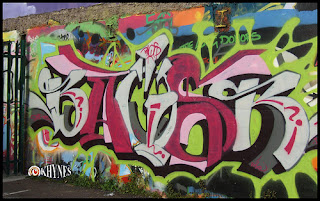 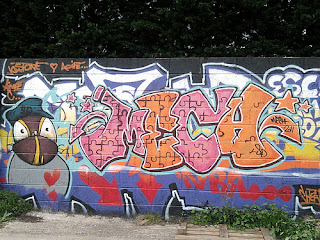 On the 3rd of October 2009 Dock Road graffiti artists got permission to hold the "Just writing my name" graffiti jam. To facilitate all of the graffiti artists spray painting a vote was cast and it was agreed that the event would be hosted at the skate park which is also located on the Dock Road. Every graffiti artist in Limerick came down to see the much anticipated show. Artists traveled from London, Germany and other European countries to spray a piece. The world renowned artists Can 2, Tizer and Lovepusher made a special guest appearance and sprayed particularly great pieces. The day was just what the city needed to inspire young graffiti artists.

Birth Mark Creations is a professional graffiti organisation that was established by graffiti artists from Limerick. The idea of graffiti for hire arose when a man approached my friend jake at the Dock Road spot and offered him a job spray painting his house in classic 1960's icons. Jake and the other members of BMC say an opportunity to which they grabbed almost immediately. in no time the boys had been commissioned many sites to spray paint such as holiday homes, hospital wards, drama props and friends bedrooms. Recently there schedules for every friday had been booked out until mid january because they were asked to give graffiti lessons to many youth centres in all around Clare and Limerick. The boys claim that there main aim is to bring the artistic side of graffiti to people today and to promote graffiti as a means of expression. The business is constantly expanding woth new artists being taken on board to facilitate the incoming stream of customers looking for there assets to be painted with intricate detail. 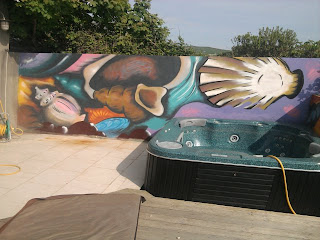 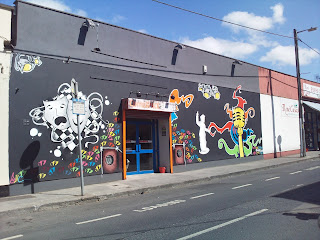