A visit to the Hunt Museum Limerick 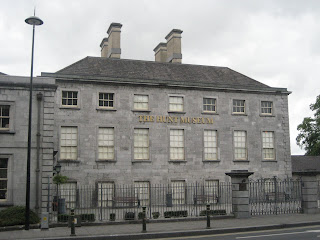 I went to visit the Hunt Museum on Tuesday the 26th of October which is on Rutland Street in the city of Limerick. I am not the biggest fan of history but I do have an interest in art and paintings.

I got the bus from the University of Limerick to the city centre and walked down to Rutland Street which took less than 10 minutes. When I arrived the cost for a student was 6.25 euro, which I thought was very reasonable as an adult cost 8euro. There were guided tour available but I opt to not attend the tour as I like to go around at my own pace. I was given a map of the museum which shows what was available to see on each floor. There were three floors in total that I was aware of.
On the ground floor there were mostly religious arts. I did not have a great interest in it and started to think I would not enjoy the museum visit. I spent little time and proceeded to the first floor. Here were all paintings. This is probably the place where I spent most of my time. I love art and I got to see works of Picasso and Jack Yeats, they were the two I was most familiar with and enjoyed to see. Most of the paintings were fascinating. On the second floor there were medieval collections of metal works, such as weapons and artefacts of the Celtic` period. I was amazed to see the weapons and tool used during the Bronze Age. I did not take any pictures of these as it was prohibited to do so in the museum. In the Prologue Room there was a selection of works from the Limerick City Gallery of arts permanent collection on display. 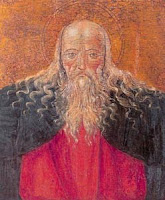 During my visit I also discovered that the museum has rooms for different events such as launches, lectures/seminars, dining and functions, and there is a gift shop with books, cards and jewellery for purchase.