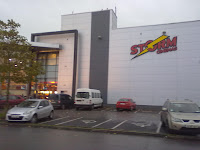 On Wednesday evening last I decided to do a search for things to do in limerick. As I reviewed the search results I found a very helpful website http://www.entertainment.ie/. This is an Internet resource which is updated daily. As I looked to the left of the homepage for this website I spotted the "Go See.." title.
This is where I got the idea to go to the newly released Film "The Social Network". I then done another search for a cinema in Castletroy county Limerick. I found that there was a cinema next to the nearby shopping centre Called Storm cinema. http://www.stormcinemas.ie/cinemas/film-times/s/201. I then gathered a group of my friends and we headed off to the cinema. I like my friends thought the film was absolutely brilliant and it was much to our enjoyment. 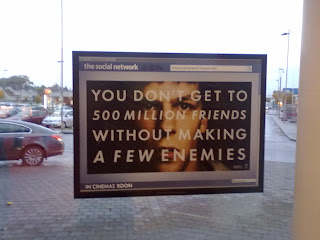 The film deals with the founding of the worlds largest social networking site Facebook. David Fincher tells this story. On a dark night in the year 2003 computer genius Mark sits down at his computer. What begins in his small bedroom soon becomes a transformation in the communication world of today. Six years and
500 million friends later Mark zuckerberg becomes the worlds youngest billionaire. Mind you he does not reach this sucess without any complications along the way. The film tells the story of the personal and legal battles Mark zuckerberg has on the way to his success. 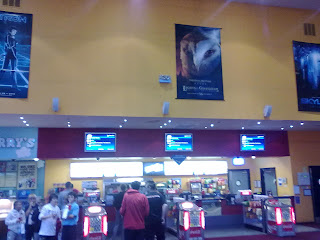 In the near future I plan on visiting this cinema more often as it was a very enjoyable evening for me and my friends. Here also is a link to the trailer of the film.
http://www.youtube.com/watch?v=mWoUgftTj3Y
Maurice Dooley - 10113215
Posted by Digital Media Design @ UL at 12:35 PM