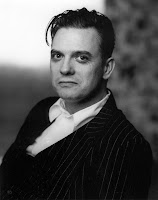 I found out about this gig from a friend and found a link to the event on Facebook, I thought it would be a good laugh to have with a few mates and have a funny and enjoyable night out. It was quite the show with a few funny events.

Joe Rooney was of course as many may remember Father Damo in "Father Ted" aka "the guy who stole the whistle" and stars in Pat Shorts comedy series "Killinaskully". Among him were 6 other support acts including the man who organised the comedy night.

The night started off by walking through the lashing rain, getting absolutely soaked on the way over to the pub. 10-15 minutes later, my friend and I arrived luckily and decided we deserved a nice cool pint. From what we saw when we walked in, it was a nice old fashioned pub. You could clearly see it from all the sport pictures on every wall and the atmosphere that was in it. 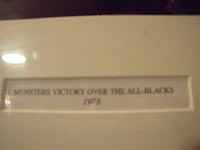 We got our tickets at the door for 5 euro, reasonable I thought, found seats right next to the radiators which was brilliant to dry up, and then we kept questioning the bar man which the cheapest drinks were (Guinness €4 and Becks €3.50 which wasn't available). We settled down with our drinks, relaxed and watched the place fill up with people. Around 70 people showed up and the show began.

The MC's name was Finbarr who introduced all the acts on stage. The man was funny as well a legend as he had some brilliant jokes inbetween which really livened everything up. First on, was Ben Buckley, a local comedian who had roughly a 10 minute act. Unfortunately not all his jokes quite delivered to a sober audience but I still liked him as his improv with the audience was fast and had some funny one liners which earned him a big round of applause in the end.

Next up was comedian Mick Perrell, who had a good round with some good few laughs. Though I enjoyed the next comedian named Billy Anderson more, who came with the personality of Jim Carrey and the offensiveness of Frankie Boyle. I was a bit skeptical of him doing offensive jokes (personally I love them) but the audience seemed ok with it and cheered him on so it was all good. Definitely a man with a hyper, joyful spirit.

There was a break then for 20 minutes at 10.30, and in the second half a comedian called Tom O'Mahony came on. He was great and followed by him was Derek Nolan (the man who organised the comedy night). A tad bit nervous at the start but managed to scrape up a lot of laughter from a half drunken audience.

Finally, the main act of the night came on, Mr. Joe Rooney. His set lasted for over an hour and had the Hurlers audience in the palm of his hands the entire time. From communicating with the audience and making fun of a drunk woman for shouting badger, to impersonations of Bono and David Bowie with his guitar, Joe Rooney was on a roll all night long. A truly talented comedian who deserves a lot of respect.

My favourite jokes were about an American fast food restaurant who had the slogan "you gotta eat" which is quite clear in aid for survival, all the places in Ireland with the word "Kill" in them. Kilkenny, a place of hardcore South Park fans, Kilbritain is full of angry patriots. And Killcock, a town run by anrgy lesbians.

For €5, the night was a success and a lot of laughs, with no more rain to deal with on the way home. I would definitely attend more upcoming gigs at the Hurlers from my experience that night. Brilliant comedy. 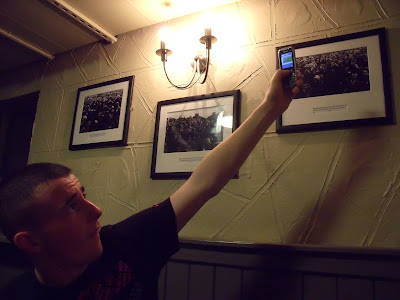 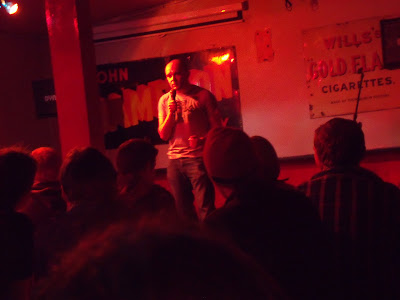 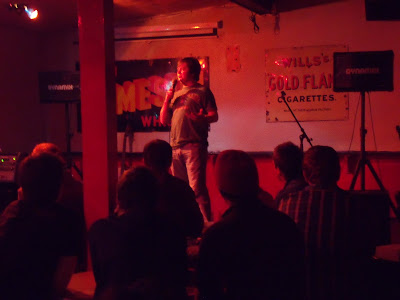 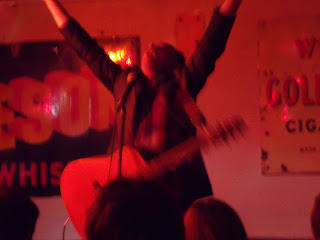 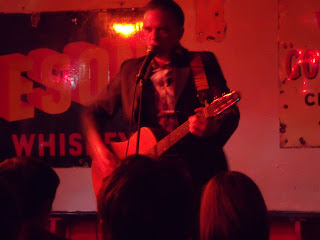 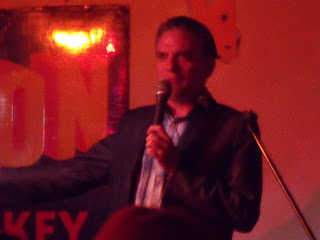 As my camera cannot produce any videos at all, here is an example of Joe Rooney's comedic performance style, live in Vicar Street. Enjoy!