The Bear Brothers at The Shamrock Bar, Newcastle West. 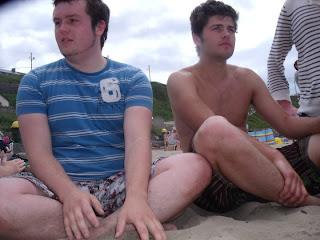 The Bear Brothers are a two-piece band from Newcastle West, I first heard of this gig when the drummer invited me via the social networking site Facebook. I already knew the drummer from a local band called The Stellas and he told me that The Bear Brothers was his new two-piece band and that I should come to see them, he even offered me free tickets. The gig took place last Sunday, 24th October and began around 10pm in The Shamrock Bar. The two-piece consisted of Larry Stewart on drums and Donal O’Sullivan on bass and vocals. I attended the event along with a few friends of mine including my girlfriend who’s brother was the drummer (hence the free tickets).

The Bear Brothers where already on stage by the time I arrived and the music was in full swing. The bar was a lot busier than I had expected it to be for this fairly new two-piece band but the lads had many of their fans from their other band The Stellas there supporting them. The two lads where the only piece playing a set that night and so they performed well into the night delighting the crowd with such covers as ‘Good Golly Miss Molly’ by Little Richard and ‘For The First Time’ by The Script, they also went on to do covers of The Beatles and even Westlife, much to the amusement of the crowd. Unfortunately, I do not own a camera and I failed to borrow one in time for the night so I don’t have any pictures. 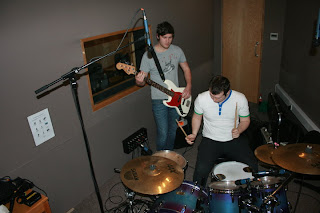 As the night ended the band joined us for a few drinks and we laughed and talked about the gig. I asked when their next gig is but was told they were unsure at the moment, I’ll just have to hope I get another