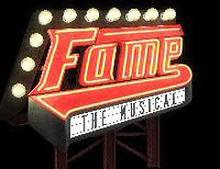 For my "Digital stories in Limerick" blog post I decided to do something i had never done before, I went along to a musical. on Tuesday the 26th of October "Fame" was showing in the University Concert Hall in Limerick. i really wasn't sure what to expect the only experience i had of musicals was being made sit through High school Musical by my girlfriend. Before this assignment i would have laughed if i was told i was going to a Musical. but i must say it was a wonderful experience.

Before attending the musical i did a bit of research as to what the musical was about and found it was based on the 1980 Film "Fame" directed by Alan Parker.

Upon arrival at the Concert Hall i had no idea it would be so busy packed full of people of all ages, ranging from primary school children to grand-parents. i was impressed with the orgaization however as the queinig crowd seem to shuffle quickly into the main hall and there wasn't much waiting around.Thank God as i had decided to travel alone (Couldn't have any of t 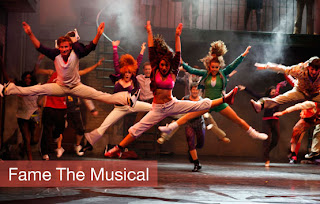 he boys knowing i had gone to watch a Musical it wouldn't go down too well but it had to be done). due to my late decision to attend the musical my seat i'll admit weren't great but it could have been worse. when i got inside the door of the main theatre where the musical was to take place i had 20 minutes to chill out at my seat just to take in the sites sounds and the excitement building as the minutes counted down to the beginning of what i was beginning to feel could suprisingly be a very entertaining night.
My first impression was "Wow" as soon as you walk in you get hit by the many lights of many different colours flashing around the massive room. the music playing in the background being drowned out by the constant buzzing of talking of people who were at this stage nearly all poured into the room. the stage set was incredible detail was second to none.
Due to my seat allocation and the dimmed lights it was not possible to get myself any decent pictures of the event which i was dissapointed with but i really enjoyed the musical all the same. There wasnt a dull moment for the duration of the musical . The performers zipped around the stage from beggining to end. it was brought to my attention by the lady sitting next to me that one of the performers had won a show on RTÉ giving her a part in the musical and become part of the crew. It slips my mind the name of the charecter she said the winner was playing but it didn't matter every performer put their heart and soul into the songs dancing and acting on the night. 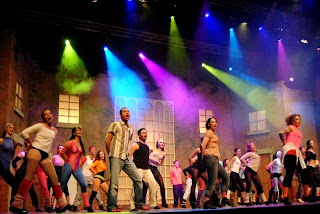 When it was over the crowd was on their feet to applaud the amazing performers on stage as they took their final bow. they sent me home with the knowledge that i would definitely be attending more musicals and may even bring the lads next time.

The show lasting around 3 hours in total was an incredible way to spend an evening in Limerick instead of being in a pub or club.