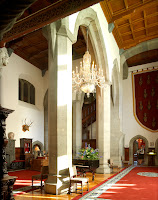 I think everyone in today's society has heard of the X Factor. Some would say that the show is a modern phenomenon , creating stars out of the ordinary public. Others would say it’s an awful show and that the entertainers found on it aren’t worth mentioning. However I myself am a huge fan of the show! Almost every Saturday night, you will find me curled up on the couch ,cheering on my favourite act- sad I know.

You could imagine my delight, when I heard that Louis Walsh would be taking his category to Ireland. In fact, he actually took his hopefuls to just down the road from my house, to Adare Manor. In all my 18 years of living in the small, old village of Adare, I never paid much attention to Adare Manor. Numerous important events were held there over the years, but as the majority of them were sporting events, they failed to capture my interest. However, X Factor visiting the place, certainly got my attention! 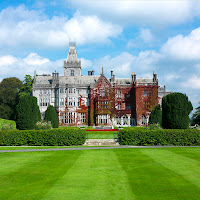 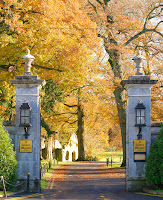 After the episode in which Adare Manor featured in was aired, the local media was in a frenzy !Everyone was excited at the prospect of a major tourism boost which would avail from Irelands new claim to fame. Because of all the hype, I decided to go for an aul snoop around the place myself.

After witnessing Adare Manor for myself, I can honestly say that it is one of the most beautiful places I have ever seen. The Georgian Manor rests on vast acres of wooded land. It hosts it’s own golf course designed by world renowned golf course designer Robert Trent Jones, a spa and of course the world famous hotel. 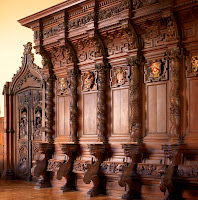 I was lucky enough to avail of a guided tour of the property and experience some of the amazing rooms of the ancient building. My favourite of these would have to be The Minstrels Gallery , in which weddings and other functions are catered for. The Gallery’s design is based on the Palace of Versailles , and it is truely breath-taking! The hotel boasts 62 luxurious bedrooms, and i can now understand why celebrities such as Michael Douglas and Hugh Grant are regulars here. I truly am proud to have such a magnificent place in my own home town.