I decided to write about The Stables Club as although i visit it on a regular daily basis now, i first stumbled upon it on the web while looking through different links of services offered by the University of Limerick before attending the University myself. I was greatly interested in the description of The Stables Club as said on it's web page and will ellaborate as follows.

The club has been open for a strong 21 years and has provided great services to students and staff alike in The University Of Limerick such as it's great daily food, musical events and of course, the great pint too. It offers great service with a hugely friendly staff, allowing people to relax and enjoy their time there in a fun and comfortable atmosphere. 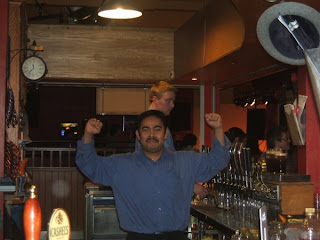 Over the club's existance since 1987, it has become the focal point of campus life at The University Of Limerick. This is certainly easy to see from my point of view. Because of the events in which are held at the venue, student interest and interaction is greatly attracted. for example, every monday night an open mic night is held where anyone can get on stage, play guitar and sing a song or two, or just sing and get a free pint for their performance. I find this particulary good as i never really had that kind of thing at home in the south-east in my local bars or music venues where i could just go up and play a few songs. Aswell as this, there is a Battle Of The Bands night held once every semester which causes great ineterest and attention from students and staff in the University to see their own home-grown bands perform. It also holds a more light hearted and fun Kareoke Night every Wednesday night where anyone also looking for a free pint and perhaps lacking a bit of shame, might get up and belt out a bit of Tina Turner. I've seen it done, alot! 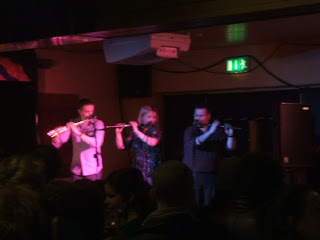 Aswell as holding such music events for students to participate in, The Stables Club also holds many famous musical performances. This is what really got me interested in the club at first, in my first few weeks of college i got to see one of my favourite bands on stage in the club, Bipolar Empire. I even got to meet the lads out of the band afterwards, you don't really get to do that kind of thing at every music venue. Aswell as this, they have played host to acts such as The Coronas, Fight Like Apes, The Minutes, and many, many more. 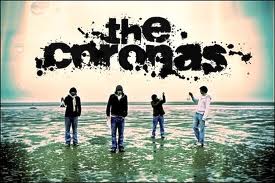 All in all, i felt The Stables Club would be a suitable topic of interest to write about. It really has something for everyone. The music, the craic, the food and the atmosphere.
(11149396)
Posted by Digital Media Design @ UL at 2:50 PM