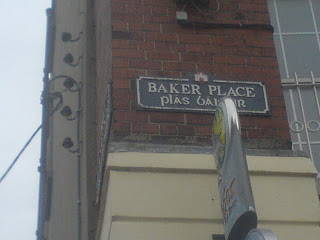 Baker Place is a well known spot in Limerick, it used to be a venue for local band playing rock/metal and alternative tunes which was a great escape for those who didn't want to listen to the standard stuff that's heard on the radio these days. It also had an Underground downstairs club area, which used to regularly host DJs and live gigs.

Up until 2011 Baker Place used to be the host venue for The Siege of Limerick which was a popular all day metal festival held on the bank holiday weekend in October which had the top Irish metal bands from all over the country come and play. Acts such as Heresy, Thoughts of Ruin and Brigantia. The Siege of Limerick is one of Ireland's biggest metal gigs and is attended by many people from all over the country to avail of the free concert. 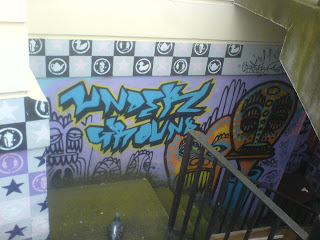 Baker Place Underground hosted many DJs one of the most famous being Trevor Rockcliffe many dubstep artists have also played sets in the Underground.
On Sunday the 20th of March Baker Place closed down, a vital part of the local music ecology in Limerick was ended. Many people as well as local bands felt that it was a real shame this great venue had to come to an end. However the venue, Baker Place is now open as a practice room for new and upcoming bands and provides the use of a PA, drum kit, and guitar amps and charges cheap prices for the use of the equipment.


I recently visited Baker Place with some friends but unfortunately it was closed by the time we arrived. It is located on the end of Dominic Street in Limerick City.