While researching various locations around Limerick City that may have a historic story behind them, a few stood out to me. Limerick City does have its fair share of historic landmarks but one I found particularly interesting was a story relating to Brown Thomas. Formally known as Todds, it is located in the heart of the city on O' Connell Street. Here you can find the finest collection of Irish and International brands including fashion, home furniture, cosmetics etc. 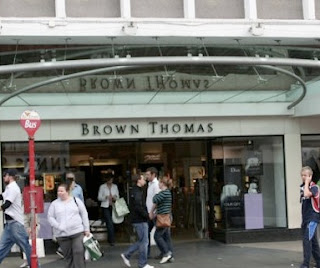 However, probably unknown to many residents of Limerick City and certainly visitors, this was once the scene of the biggest fire in Limerick City history. The disaster occurred on the 25th of August 1959. The outbreak was first detected in the Men's section on the William Street side and it was not long before it was a blazing inferno.Thousands of people watched on as Limerick's Fire Brigade battled the flames. It was a losing battle and within a half an hour, the flames occupied the entire building and proved a threat to the neighbouring shops. Shops such as Burtons, Liptons, Goodwins and Cesars were adjoined to Todds and as a result were also completely destroyed. 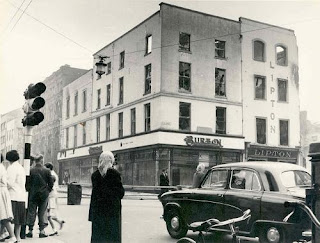 There was little Limericks Fire Brigade could do to control the fire and had to call for outside assistance to brigades from Shannon Airport, Ennis and Rathkeale.In total, 11 brigades tried to extinguish the fire which was destroying the main street of Limerick. O' Connell Street, Thomas Street and William Street was all cornered off and traffic was diverted. On lookers soon became volunteers and assisted with controlling the hoses. There was even fears that the fire could even spread over to William Street to the,then located, Garda Barracks. Gardai were able to prevent the sparks spreading. 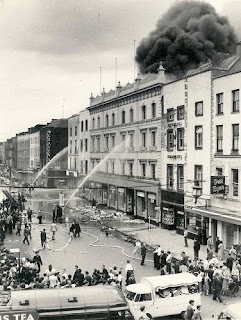 Within three hours, the entire street was wiped out with only a few stores salvaged. £1 million worth of damage was caused and left 200 Todds employees jobless. After examination it was learned that the probable cause of the outbreak was the bursting of a fuel tank in the basement. The end of Todds was the end of an era, heralding major changes in the city centre. A good personal account of the fire by Noel Hanley can be read here .Also the Limerick Leader released a special article in 2009 commemorating the incident.