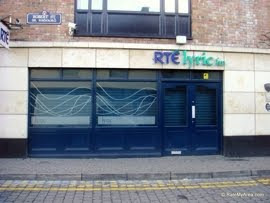 The building that I have chosen to write about for this blog is the Lyric FM building, located in Cornmarket Square. I chose this building as it represents a large part of the Irish classical music culture. I visited Cornmarket Street last week, after firstly finding out about Lyric FM being situated in Limerick on the internet. The information that I have gathered for this blog comes from a combination of information received from the secretary working on the ground-floor of the building and various internet sources, such as Wikipedia, the Lyric FM website, etc.


Lyric FM as we know it was established on the first of May 1999, and at the time was only available on the FM band in Ireland, at 96.7-99.6 MHz. It developed from the radio-station ‘FM3 Classical Music’, which first started broadcasting in November of 1984. This was a radio-station that was considered to be largely under-pushed and unadvertised. They broadcast through RTÉ Radió ná Gaeltachta initially, at various times during the day. It was not a very popular radio segment and received very low ratings. It was perhaps best known, and received its peak ratings for its practice of simulcasting. Simulcasting is when something is concurrently transmitted on different mediums. Before it was technically possible to transmit stereo sound via television sound transmission, some larger media companies such as the BBC and RTÉ used to simultaneously transmit the sound of a movie or concert they might be showing over one of their radio-stations. FM3 Classical Music’s time slots were used occasionally for broadcasting stereo sound for RTÉ. 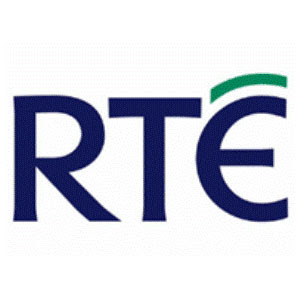 In 1999, RTÉ invested in a new transmitter, meaning that it could broadcast more separate stations. The decision was made to make FM3 Classical Music into a separate entity from Radió ná Gaeltachta, and also to rebrand it as ‘Lyric FM’. Due to the decentralisation act, and since RTÉ is a semi-state owned company, they decided to move Lyric FM from FM3’s location in Dublin to a more modern setup in Limerick. Once the station had moved to Limerick, they started adopting more modern and up to date technologies – such as satellite radio (Lyric FM is now available in England via satellite) and internet radio.


Current presenters on Lyric FM include some of Ireland’s best known personalities, such as Marty Whelan and Gay Byrne. They also works in partnership with the RTÉ National Symphony Orchestra and the RTÉ Philharmonic Choir, which both helped celebrate Lyric FM’s tenth year with a special concert organised in their honour. 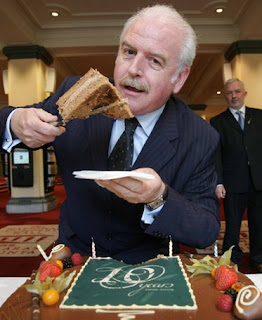