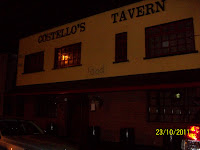 mellow environment and great music.
Costello's is different than all the other pubs and clubs in Limerick by the music and the arty interior. It has 2 floors. On ground floor there is a pub, beer pong area and smoking area and on first floor there is a dancehall, smoking area and a pub.It is very popular among the people who have musical or arty background. But not necessarily only arty people go there. Costello's tavern is run by Flan Costello and most of his family. Flan moved with his family from New York back to Limerick in 1970 and that is the year when he opened Costello's. As he have had this place for more than 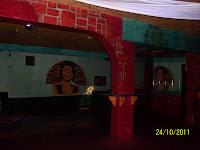 40 years, he has put into this place his heart and soul. Flan has worked as a horse trainer and that's why if you go to downstairs to a pub you can see lot's of pictures of horses and equipment within racing. Horse racing has been Flan's number one hobby for years and he is well known as a brilliant horse trainer.

In Costello's they don't serve only drinks and good music, but food as well. Carvery lunch is served from noon till 3 pm. and sandwitches are served all night long.

One other good thing is that Costello's is open every day except on Sundays(it's open on Sundays only on bank holiday weekends). 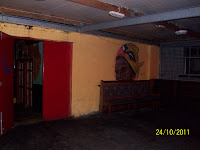 
Flan Costello is a legend in Limerick! 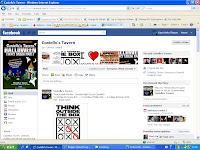