Since we got the assignment I was thinking about what event is going to be in Limerick that could be interesting for write about… I was searching in Internet, in the program of the “Concert hall” (in the Foundation Building), etc…until I found here http://limerick.eu a guide with the most important events in Limerick for autumn. (You can find the guide here: http://limerick.eu/media/Autumnfest.pdf) Reading the booklet I found something about the Castle in Limerick, and suddenly I realized that was perfect for me! Like an Erasmus student, I could visit a touristic and interesting place and at the same time I would be doing a research about my assignment. So the next step was look forward prices, open times, location etc… for that I used this website: http://www.shannonheritage.com/Attractions/KingJohnsCastle/. And when I already found everything I went there.
The visit to the castle was divided in three parts: 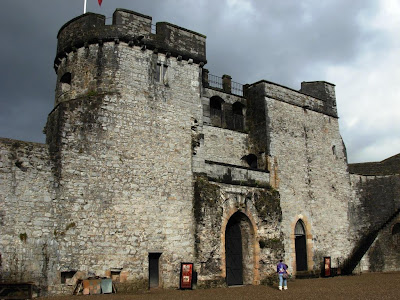 The first part was a quickly introduction to the history of the castle, from King John built it around 1200 to 1990 when they demolished the public houses from the 1930s. There was a small film theater telling the history of Limerick. This was a very interesting part for me, because actually I did not know anything from the history of the city. The film tells the history since the arrivals of the Anglo-Normans, when the king of Thomond destroyed the city for do not look it in hands of the invaders, through the reign of the Anglo-Normans when they built the castle around 1200, to the multiple sieges that the castle suffered in the XVII century. 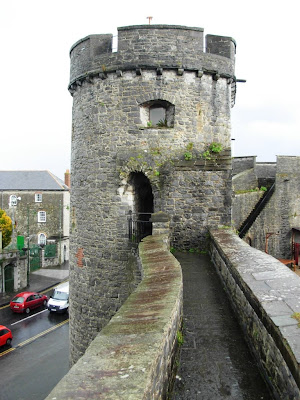 In the second place, there were some mannequins showing how life was and how were they doing in the battles. Also there was a model showing in scale an example of the mines that were dug in the siege of 1642. At the end there was another film theater which recreated by the suffering of a family the last siege of the castle.
And at the end, we could visit the castle courtyard and the different towers, from where I took the panoramic photo of the city (at the bottom). Also they were showing how the castle was defended in the sieges thanks to the archers on the battlements.
In conclusion I liked very much the visit to the castle. But I think is a shame that they built a so modern looking entrance in a medieval castle. 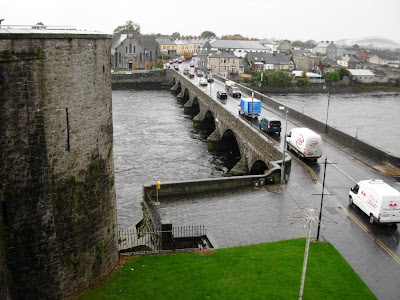 Apart from that, I did not like how some rooms looked in the castle, I think I medieval castle has to look like that from outside and inside. It should not have two film theater, TV’s, and other things… But from outside the castle looks really impressive and admirable!