The place in Limerick I visited was the Hunt Museum. I visited the museum last Sunday as the website says that it is only free on that day. It is on the edge of the river Shannon. The building was originally a tax office, and collected tax from the boats docking on the river. It was then renovated to house the Hunt collection. The Hunt collection was an extensive collection of artefacts and painting collected by the hunt family over several years. 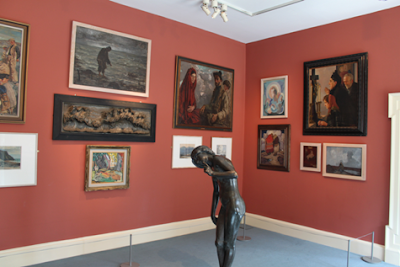 One of the main rooms is “The captain’s room” on the second floor. It was the room in which the taxes were collected. Up until recently the centrepiece of the room was a small statue of a horse made by Leonardo Da Vinci, or so they thought. It was recently discovered that the statue was a fake, and it was moved to a barely visible case at the side of the room. The room houses many other paintings, including the famous “4GATS menu”. Other rooms display paintings as well. 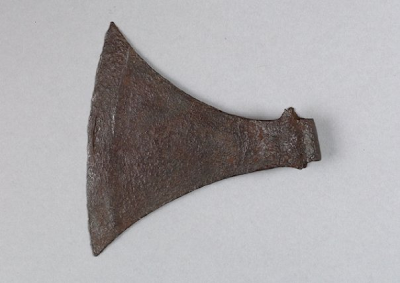 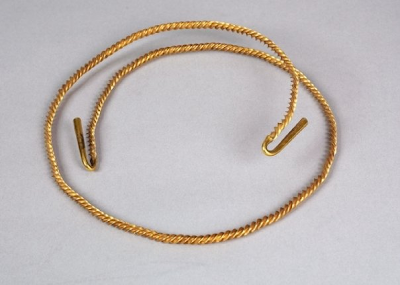 There are many artefacts from different periods in Irish history in the museum. They range from weaponry such as axe heads, spear heads, swords and shields. To jewellery such as gold torcs rings. They also have an aerial photograph of Craganón, which is a rebuilt Celtic fort, that can still be visited today. 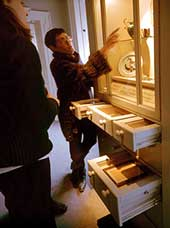 These artefacts are stored in glass cases around the museum. The smaller items are stored in special cases like the one pictured here. Objects are placed on shelves within the glass cases with labels beside them. There are more items in the drawers, which have glass covering them. 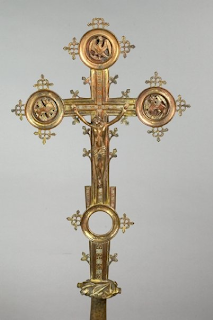 There is also a darkened special room for religious artefacts including sold and silver crosses and grails, staffs and a large wooden carving of religious words in Latin.


The Hunt Museum holds many events such as special days for primary schools and exhibitions in the underground gallery. There weren’t any events on when I visited, but they are listed in a Limerick events guide online and on the Hunt museum homepage.