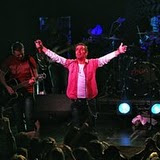 For my second individual assignment I decided to write about something I enjoy doing in Limerick, and that’s going to live gigs. On the 28th of October I attended I show put on by Beoga, a Traditional Irish group, in Dolans Warehouse. 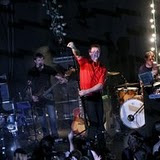 I heard about this gig from two sources. One being a website that I regularly check, it’s: www.dolanspub.com/home

When living in Limerick its nice to know what’s on and if any gigs will be on by artists or performers you like. So I usually check Dolans website to see if anything is on. It’s a great site because it gives you plenty of notice about gigs so u can arrange a good night out. The second source was just word of mouth, the traditional way! Because of this there ended up being a group of about six of us who went and it ended up being a brilliant night out in Limerick.

Dolans is a great facility to have nearby. It hosts national and international artist such as,
Kele Okereke and Franz Ferdinand, Aslan, BellX1 and Kila. 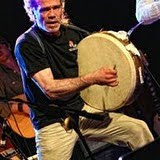 It also has a fantastic sound system which includes a variety of brand names such as, Soundcraft, Yamaha, Roland, Behringer, Lexicon and Klark Tenknik.

The group we went to see are called Beoga, and as I already said, they are a Trad Group from county Antrim, (which made it a little hard to understand them at times). They formed in 2002 after a random jamming session at the All-Ireland Fleadh. They are a five pieced group consisting of, two accordians, a bodhrán, a keyboard and there only lady Niamh Dunne on fiddle. The groups music also has a jazzy influence which I really saw come through at their show. During the night they also brought out a guest performer who accompanied them on the banjo. 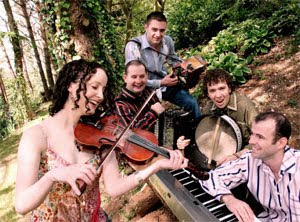 We arrived to the gig, well we thought we were late but, it turns out it started an hour and a half later then the advertised starting time. Although to be fair it was a wise move because there were not a lot of people there when we first arrived, but thankfully after a little while the place was packed to full capacity. We even asked by security if we were at the right gig because it was kind of an older crowd!


The night was Halloween themed so there were a lot of people dressed up in fancy dress which made the night even more entertaining as we were able to sit back and watch everyone and get ideas for our own Halloween costumes! Even the band were dressed up and towards the end of the night they brought up what they considered the best dressed and got the audience to vote on which one was best! They gave everyone who came up a little “goodie bag” as well.

I made a video of the opening of the show but i cant seem to upload but this is the YouTube adress: www.youtube.com/watch?v=yzVZkHwecjw. I thought it was quite entertaining as they were all introduced as the person they were dressed up as!

All in all, it was a fantastic night with even more fantastic music. Even me who would usually go to a Traditional Music gig was highly entertained and would definitely recommend this group to every type of music lover.