Final of the Battle of the Bands Competition

Recently I went to the final of the battle of the bands competition in the Stables bar on campus of the University of Limerick. The competition was organised by the Music society and had an impressive line up of bands that were made up of students that attend the college. The gig was headlined by the band Fight like Apes who are well known band around Ireland. I discovered the event was on while searching the student unions website www.ulsu.ie and there I found the event.So after this I bought my ticket for 5 euro in the court yard outside the students union and I was set to go see the event. The line up was made up of the bands who had won their respective heats over the past few weeks. The winner of the competition would get the chance to record one of their songs in a studio and their single would then be sold in HMV shops around limerick. 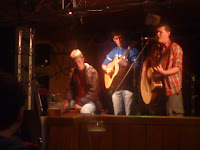 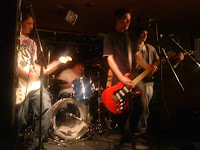 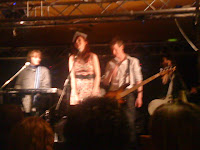 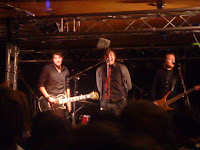 The entertainment value on the night was excellent my personal favourite of the night was the band Blank who as well as performing their own songs performed a cover of Bonkers by Dizzee Rascal and Barbra Streisand by Duck Sauce. The competition was won by the band marching on fire they played all 3 songs all their own original composition. After the main competition Fight like Apes took to the stage and played a mixture of their own songs and covers of others artists song such as Push it by Salt n’ Pepa. The entire event lasted 3 and half hours from 9 to half past 12. I found the event very entertaining and it was a bargain at 5 euro a ticket. I would highly recommend going to see a gig like this to my friends in the future.