I first heard that the band Fight like Apes were playing a gig in the Limerick area from the UL's music society's Twitter page, which read: Tickets for *FIGHT LIKE APES* on sale today!! *5€* + Late Bar! 21st in the Stables!

Having heard of the band from my fellow classmates who recommended I go, I decided to base my second individual assignment on the band's performance. The gig cost a mere five euro which I felt wouldn’t bust the bank and I thought it would be a good night out with my friends and house mates. As it turned out there was the final of the battle of the bands on that night as well, this acted as a support act for Fight like Apes. 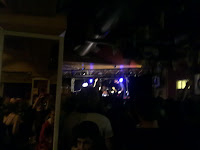 I chose to investigate further by going onto the band's official website where the gig was mentioned. It also gave me a chance to listen to the band's music which can only be described as alternative rock. 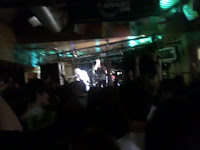 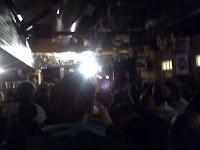 Fight like Apes took to the stage at around half past ten. They were by far the best band of the night and the crowd was well aware of this as they all crammed to the front to get a good view of the band. They played a terrific set and they really got the crowd going. The night ended on a high note with the winner of the battle of the bands being announced. The winners: I Caught Fire, which were clearly the crowds favourite to win. All in all it was a good night.