As I am living close to Limerick most of my life, I have always known about Dolan's Warehouse as a haven for music of almost every genre imaginable. As I have a strong interest in music it has for a long time been a favourite of mine for gigs and events. I myself have had the pleasure of playing in the warehouse itself in the past, and I am proud to have a venue as renowned as Dolans so close to home. For the size of the venue, they have had many huge global acts, such as The Coronas, Franz Ferdinand, Scouting for Girls, and many more!

I regularly use Dolan's w 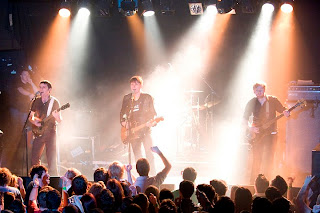 ebsite (http://www.dolans.ie/) to find out the latest gig and event listings, as they almost always have something to interest me! They never fail in bringing in the best acts into the warehouse, and I have tickets to see the Coronas again there in December! 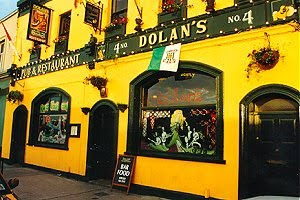 Before it was ever known as Dolans, the pub was called the Mill Tavern. In 1994, Mick and Valerie Dolan took over the establishment, and they had the ideal that the pub would be a centre for traditional music every night. The response from local musicians was phenomenal and with this great success they decided to extend the pub to include the warehouse in 1998.

Since then, the success of the business has soared, earning the venue the recognition it boasts today! In March 2003 they opened the upstairs venue, which offers a more intimate setting, and has played host to many different functions since then, including weddings, christenings and birthdays.
Overall, Dolans is a truely remarkable venue and Limerick is a much better place for having it! You haven't properly visited the city until you have experienced its ultimate gig venue!
Below is a link to a video of the Coronas last time they played in the warehouse. I was at this gig and the atmosphere there was incredible. Hopefully that atmosphere can still be captured from the video, enjoy!