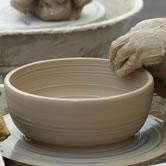 On Thursday the 28th of October i visited the Limerick Milk Market during it's monthly Artisans fair.I discovered the event while looking on Google for something to do my assignment on.
(http://www.milkmarketlimerick.ie/default/index.cfm)
This wasn't my ideal choice for an event but due to the time restraint i just decided it was as good as any. I 'd never been to the market previously to this so it was a new experience for me. A friend of mine also came along as he had also found the event too.

Once we were finished college we took the bus into town armed with our camera's,despite the forboding weather the atmosphere was relatively lively.The dome was useful to get out of the rain,i had never been to the milk market previously so i had no idea what it was like or how it was set up but it was quite nice and there were a few interesting stalls aside from the pottery. There were musicians playing and over the PA system a traditional tin whistle was being played We even found a section selling posters i was tempted to buy one but didnt feel up to trying to carry one in the rain. 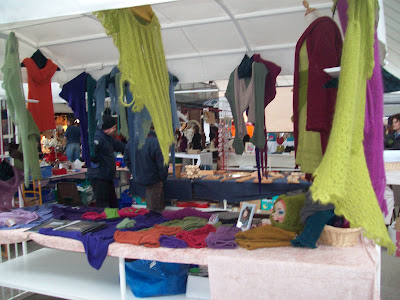 The clothes weren't exactly my style but still nice,there were so many different stalls with food,trinquits,books,ornaments even games. It was reasonably crowded,whether that was due to people being interested in the fair or simply wanted to get out of the cold and rain either way it was buzzing. There was a section upstairs where they were handing out samples of food and it was a good spot to take the whole place in. Cant say i'd make a habit of going to often but it was nice to at least go once to know whats there,happpend to see a really nice bracelet so who knows i might go back and pick it up,or there might be something else there next time that'll catch my eye. 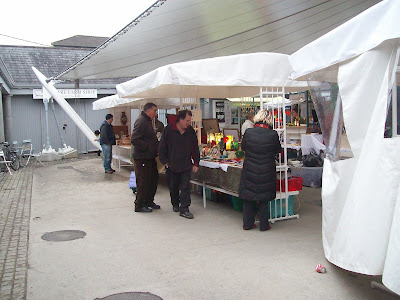 The fish smelled great,despite what my friend may have thought,shrimp and crab and muscles...i may actually go shopping with my parents next time. I never saw the appeal of the place or understood why my parents went there so often but there really are some nice things to be found there, my friend is a pretty serious movie buff and finding some posters for the new "Machete" film kinda sold the place for him

I was actually kind of surprised at the so-called Artisans fair seeing as there was actually very little art work on display,the only pottery we saw was about five pieces which didnt seem worth holding a fair over. I assumed the clothes and jewellery were usual commodities but then again maybe they were part of it. So all in all it was worth visiting to know what it's like, i may not go bback very often but at least i saw it and in actual fact i think it's quite nice,just the atmosphere and the general socialness of the place makes a nice change especially in depressing times like these.