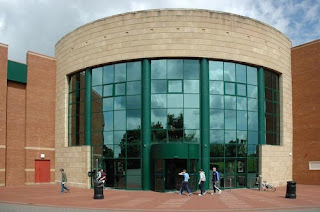 The University of limericks sports arena is the largest indoor sports complex in the country.The arena is located on campus just beside the student village of Killmurry, Castletroy. 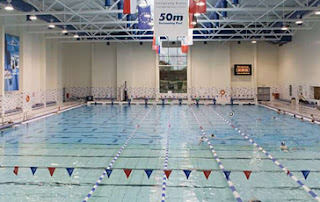 Inside the arena there are four wooden courts. These courts can be adjusted to suit many styles of sports like basketball. Above these courts there is a suspended 20m jogging track. The university arena also has a 50m swimming pool a landmark that the arena can be very proud of as it is the first and only pool in the country to be made to Olympic standerds. Alongside the pool there are showers, steam rooms and saunas. The arena also has all the equipment you would expect to find in any gym (i.e weights). The upper floor of the gym contains an elite training gym that is used by both the Munster and Irish rugby team. Meeting Irish rugby stars is another plus to this arena and another reason why every year it caters for over 500 thousand people.


The University arena also holds events such as pro and amateur boxing. The University Arena hosted the 2010 Special Olympics Ireland Games. The arena has also strayed away from sporting events as held a concert for the group "Basshunter" in 2009

The arena and the collage


The arena shows a great love for all the collage students. Firstly the arena offers a discounted offer for the year for all u.l students. Also many clubs gain use from the arena (see below for snorkel training in the u.l pool). Also collage courses such as P.E teaching and sports and excersise science use various parts of the Arena in their labs.


The Arena and its courses


The Arena as well as catering for all the students, sports teams, students and anybody in Limerick holds classes for anybody who wants to avail of them. These classes include total body workout and body attack express.


Limerick is the most sport obeseed county in the entire country in my opinion. Therefore it is fitting that Limerick contain the best sports complex in the country.