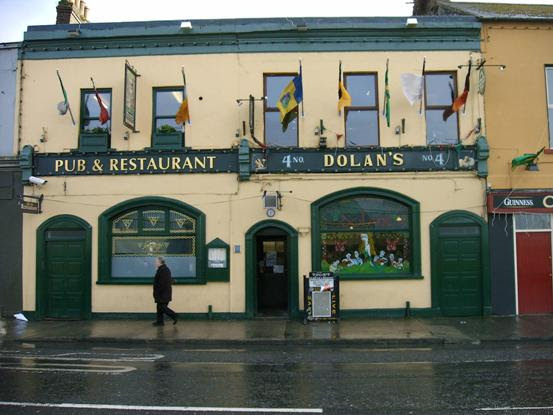 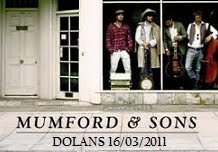 Dolan's Warehouse more or less represents the music scene of Limerick city. Founded in 1878, it has seen Limerick's up and coming music acts throughout the years. The warehouse area is used to host gigs for many events and big music acts such as Mumford & Sons and Kele Okereke. Tickets for the performances held in the warehouse are usually sold out in days which is not surprising considering the acts that they host.

Dolan's is also home to Limerick's rising stars as the Upstairs is used for young acts to perform. As well as this, Dj' have been known to hold raves here. Even the main pub has trad bands playing most nights and they are incredibly talented.

I went to my first gig in Dolan's two years ago to see a new band at the time called "My Passion". I remember being very impressed with the over all setup of the stage and venue; balcony seats, bar beside the stage, upstairs smoking area, large amount of space for the crowd and a large stage. When the band came on, they had an accompanying light show that the staff of Dolan's setup for them which was incredible to say the least. As well as this, the sound system and acoustics in the room were fantastic! It was to dat one of the best gigs I have ever been to in my life.

The venue has even hosted the national heroes known as "The Rubberbandits". two prime examples of Limerick's talent. Their gig sold out nearly straight away when word got out of their upcoming performance and the citizens of Ireland were drawn towards Dolan's for a single night. They have even made a youtube video in the warehouse previous to the gig to promote it...

As you can see, Dolan's is a big culture hotspot in Limerick and is expected to remain the same for years to come.

I highly recommend to anyone to visit Dolan's as it is a guaranteed good night!