For my assignment I decided to have a look into the history of Thomond Park, the home of Munster Rugby, and in particular Munster’s historic win against the All Blacks in 1978. Thomond Park was first opened in 1940 and could hold a capacity of around 18,000. In 2006, a redevelopment plan for the stadium was unveiled and in 2008 the project was completed, bumping the ground’s capacity up to 25,630. 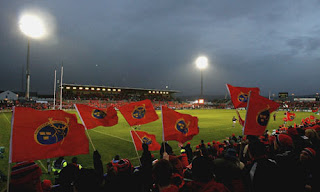 All Blacks 1978
In 1978, Thomond Park hosted what is probably the most famous result in the history of Irish rugby when Munster defeated the All Blacks 12 – 0.
In the months leading up to the match Munster were hammered 33-7 by Middlesex and only managed to draw 15-15 against London Irish. They didn’t look like a team who were going to defeat this All Blacks team who were the first New Zealand team ever to win a grand slam. The team trained hard throughout the autumn in Fermoy Army Barracks (Don’t ask me why), and even trained on all of the three days leading up to the match. 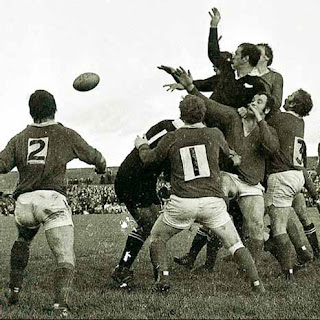 On the day of the match, Thomond Park was packed.  Heavy traffic resulted in the team arriving at Thomond with only half an hour left until kick off. Before the game, there were ten minutes of complete silence. Everyone was totally focused on the game. When they went out, Munster played a fantastic defensive game, putting in a huge amount of tackles, and won 12-0 against the All Blacks, who had over 60 per cent of possession.
Redevelopment
For the reopening of Thomond Park after its redevelopment was completed in 2008, Munster played the All Blacks again in hope of repeating the result of 1978. They came close, but in the end, the All Blacks came out on top winning by just two points