It was through my membership in the UL Choral Society that I first discovered this magnificent cathedral. It was announced on the society's facebook page that we would be performing as part of the national choral singing week(and yes I was also surprised that such a thing does exist!). I was of course very nervous about the concert, not only was it my first performance as part of the group but also but my very first public singing performance!
We arrived at seven in the evening. The place was half full. Crowds of people were moving about, taking their seats. As we entered I was shocked by the sheer size of the place. As a non religious person I don't often visit churches or cathedrals so I was taken aback by the beauty and magnitude of the building. We took our assigned seats and waited for the show to begin. When our turn to sing came around we blasted out our powerful rendition of Weeping by Bright Blueand Adele’s Rolling in The Deep. The audience loved it! The size of the place created a lovely atmosphere that perfectly complemented the finale of Hallelujah.

When we were given this assignment I knew I had to go back. I discovered that the cathedral boasts the tallest church spire in all of Ireland, standing at 314 feet! 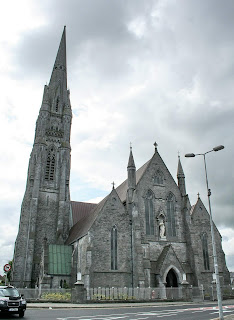 I also discovered that the building is quite old. It was built in 1861 by the architect Philip Charles Hardwick, and has been in continuous use since then, which is a testament to the devout catholics of the area. 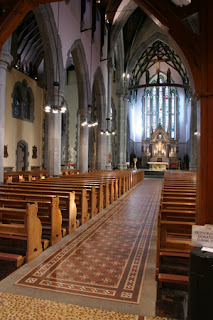 The beautiful yet simplistic interior of St. Johns. 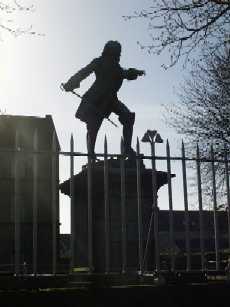 Just outside, on the cathedral grounds, stands a statue of Patrick Sarsfield.