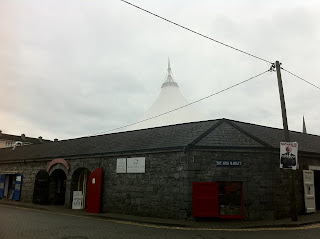 This market which is called "Milk Market " is one of the greatest events running in the city centre of Limerick city, in Ireland. This market has a great history combing Ireland in the present and England in the past.It was set by the English parliament at 1852, and after a long disapproval of setting this market. In 1898, the Milk market was finally pointed to be for Limerick cooperation after a long struggle between other trustees. This was judged by the court of chancery to let Limerick cooperation managing their own affairs. And in February 1988, issues of debts were terminated when trustees cleared their debts to own this market by paying 508,000 euro, when it was announced from the manager of Limerick city.

It was consisted of butter market, pig market and the hay market, where they were transferred to the new market area. However, Potato market and corn market, which is know as "milk market" is remained. However, the Milk market nowadays consists of widely range of different products. These products combine the ancient and traditional Irish goods with the taste of consumed modern goods, to captivate consumers from different range of perspectives. In behalf of old traditional goods, the milk market is consisted of natural and special different type of cheese having the brand name of Old Irish Creamery, smoked butter formulated from the finest ingredients, and many other similar ancient products in terms arts, plants and cloths, which they reflect the Old Irish Creamery. In terms of the modern goods, this market serve first class burgers, french pies and other modern coffee shops. This market does 13 different types of goods under one roof!, which gives the consumer the appropriate desire in spending nice time over this market.

At the 17th of October 2011, I went to Milk of market in Thomas street and I refined myself once again due to great experience of Irish culture and also to the diversity of different products, which will drive up the satisfaction of people. In my opinion, the milk market is one of the most important places in reflecting the history of Limerick city. The disadvantage that I was there alone because it worths going there with friend especially on Fridays.I think that its a great place to spend couple of hour in such weekends, as it does not run during the week days.
Amar Hariri (10003073)