Kings Island
King John’s Castle today, is a great tourist attraction and one of the great marvels of Limerick city, from the medieval century. Before the Normans had control of King’s Island, going back in history to the year 920AD, when Kings Island was known as Regia, there was a great Viking invasion with an overwhelming number of boats, more than any Irish man had ever seen, and stronger than any existing Viking fleet in Ireland.
The Viking warriors overwhelmed Limerick with their sheer force and captured it easily. 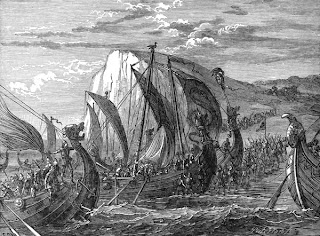 The victorious Vikings were led by Thormodr Helgason, a great Viking sea king, who saw great potential in Limerick, relating to good military strategies, Helgason decided to build a Viking settlement on Regia  (Kings Island), and then called it Inis Sibhtonn. It was from this militaristic stronghold on Inis Sibhtonn, 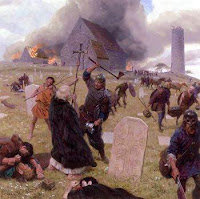 that Helgason terrorized 240 miles of the Shannon River, thieving and pillaging the countryside, raiding monasteries, and searching for underground passages. He searched for gold and other treasures from Lough Derg to Lough Allen. In 924AD Dublin Viking king, Godfred attacked Limerick, but all King Godfred’s attempts to capture the stronghold at Inis Sibhtonn failed. King Godfred’s attacks were unsustainable, for his forces were taking heavy casualties and were forced to retreat. 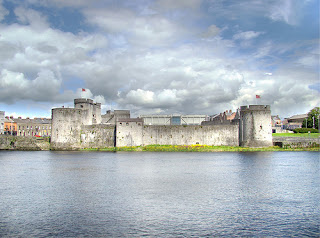 For many years Thormodr Helgason had a firm grip on the river Shannon from his stronghold at Inis Sibhtonn Limerick, taking everything useful from the settlements, along the river Shannon. He spent many years at war with the Viking settlement based in Dublin.
In the year 1937, a large number of Viking ships left their stronghold at Inis Sibhtonn, sailed up the River Shannon and made contact with the Dublin Vikings commanded by King Gofraid's son Amlaíb, Helgason lost all his ships involved in the battle, and all the men were taken prisoner. Following this defeat at Lough Ree, Helgason’s hold of power started to weaken and in 943AD Helgason forces were defeated again, but to make things worse for him, one of his great commanders betrayed him and joined the king of Munster. This destroyed Helgason’s confidence, his mighty marauding fleet of ships destroyed, reduced to only a handfull. For punishment, Helgason had to pay tribute to all the other Viking clans, the ultimate humiliation for Helgason was bowing before his new kings.
Soon after this Helgason disappears into Viking history, but the history of Inis Sibhtonn turns for the worse, the Viking’s settlement had rapidly reduced, and was frequently attacked. In the years to follow Limerick would be burnt to the ground three times. The last burning of the city was ordered by King Donall, the Great Commander in 1174AD, in an attempt to keep it from falling into Norman hands. But the attempts of a madman were to fail. The stronghold of Limerick fell to the Normans in 1195AD under the rule of Prince John of England. 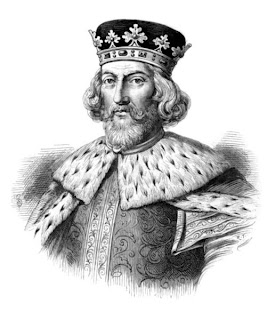 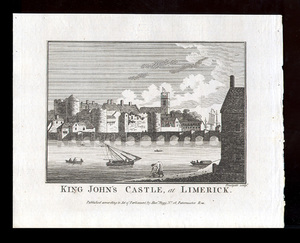 A few years later King John’s Castle was erected on the renamed King’s Island, a marvel for all to see, becoming one of the best defensive castles in Ireland, in the years to follow there would be much bloodshed spilt on the grounds of King’s Island for it’s control. Many failed in their quest to conquer Kings Johns Castle, and a few succeeded. There have been sieges of destruction, disease, famine and death. Its great walls would be breached, and pulled down, only to be rebuilt again. Today refurbished to its former glory, it stands as a tourist attraction of medieval Ireland. Eight centuries and eleven years later it stands as a memory, for the warlords and kings who have come and gone. 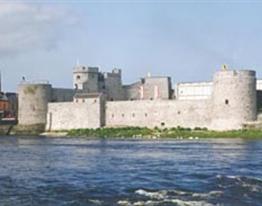