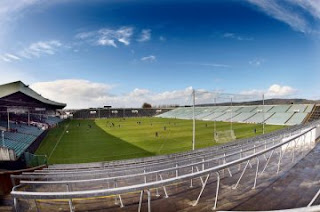 The Gaelic Grounds or Pairc na nGael is the home and main stadium of Limerick city GAA. The creation of this impressive stadium began on the 9th October, 1926 when the site where the construction would begin was purchased. Two years later the stadium officially opened with two junior hurling games and today it can hold up to fifty thousand fans at any time.
Raising Money & Upkeep:
Over the years the GAA have has had to raise large quantities of money for the maintenance and improvement of the stadium. In 1932 the first large scale fundraising began with the creation of a development committee whose remit was to level the pitch, providing sideline seating and build a boundary wall. Over the years several committee's have raised funds on several different occasions to turn the stadium into the impressive construct it is today and to make it capable of dealing with the extra necessities of both the hurlers and the fans.

My Experience:
As a huge hurling fan I automatically loved the Gaelic grounds for many reasons, the facilities, the teams, the experience and of coarse the atmosphere. Some of my happiest memories are of going to see matches being played and what better place to be then surrounded by thousands of other screaming fans to create real excitement. I will as long as I live never forget the many thrilling games I've watched there between teams of all ages and position. It is truly one of the most magnificent locations to visit in Limerick. 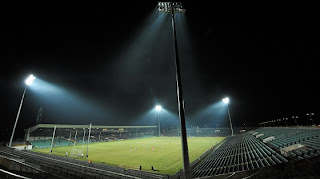