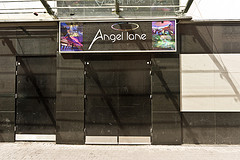 It was week one of life as a student in Limerick when I first sighted this place of wonder; as I stood outside its concealing black walls, in the biting, brisk conditions, with another few dozen stubborn students, friends and strangers alike, who simply refused to accept that they would not be seeing the inside walls of Angel Lane that night. This was as early as quarter to eleven on a Tuesday night.


Hailing from Cork, but moving to Limerick to seek my third level education, I had never been acquainted with the Limerick nightlife, merely heard of stories from friends native to the city. After seeing, first hand, their utter dismay at the closing down of Trinity Rooms, or 'Trooms' as they referred to it, I thought all was lost. Evidently the buzzing nightlife of this city had found a fitting replacement in the form of Angel Lane.

It was another seven weeks to the day before I finally set foot into the promised land, having since investigated further on sites like the ever-reliable JOE.ie and, of course, Angel Lane's very own Facebook page. The latter informed me that the specific night I was to be venturing out on, was in fact 'Thriller Night' in Angel Lane, the prize of an Android Tablet PC for the best costume based on the 1982 music video by the undisputed king of pop. Alas, I lacked sufficient time to plan an over-the-top costume for the occasion and settled for my own pathetic selection of clothing (later discovering that not one individual in the club was wearing anything remotely Thriller, or even Michael Jackson; and had I simply donned a curly, black wig and moon-walked in the front door, I'd probably be one Android Tablet richer today). 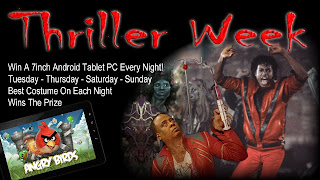 Nonetheless, I had finally set foot in Angel Lane, and after paying my five euro entry fee, my hand was stamped and the night could begin. I was like a kid in a candy store; just a slightly intoxicated kid wearing skinny jeans, and candy being replaced by alcohol and drunk college girls. My childlike curiosity proceeded to get the better of me instantly, and I felt the urge to explore the dimly lit, cavernous venue more. It was spectacular. The lights and colours, subtly reflecting the music encasing me; the music itself, varying at each level of the enormous building, but always capturing the full attention of every single person occupying that specific floor; and the people. There's nothing quite like seeing a recognizable face from college, friend or stranger, on a night out. After all, by the time the night is over, they all become friends, thanks to the wonders of liquid confidence, our friend alcohol. With many tempting beverage offers, available at each of the five bars, there really is no escape.I myself opting for the offer of three Bulmers cider for a tenner - not all to myself, of course, before venturing to the main dance-floor, to attempt to do 'Thriller' and M.J. some sort of justice with my eccentric, uncoordinated dance moves. 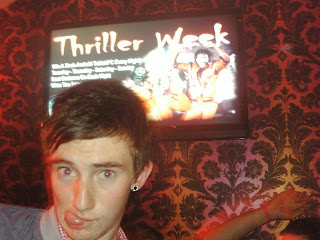 Angel Lane, I promise you it won't be long before my next return.