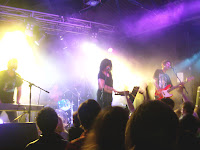 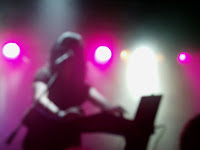 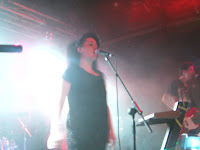 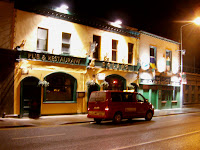 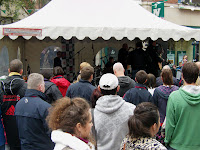 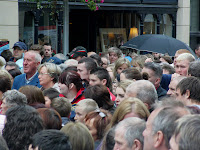 Being from Limerick and a big music fan, i signed up to Dolan's mailing list to make sure I did'nt miss out on any good bands coming to town. At the end of September I recieved this email from Dolan's:

This Saturday sees Limerick Live take over Cruises Street from midday with a small taster of music, dance and comedy and all for free! To top off the day we are hosting Fight Like Apes, Supermodel Twins and We Should Be Dead here in The Warehouse on Saturday night. Tickets for this are €12 and its going to be a cracker so don't miss out!

See you here this weekend!

I thought this would make for a good assignment and I liked all the bands mentioned so I decided to head over with my camera and have a look. Limerick Live, a one-day music festival presented by HMV and Dolan’s bar, took place on Saturday, September 2, 2010 in Cruises street on two stages with some of Irelands best up and coming bands. First up at 12pm was O Emperor, followed by the High Kings, We Should Be Dead, Fight like Apes and Limericks own Supermodel Twins. The bad weather didn’t seem to dampen spirits with great turnouts for all the bands.
Later that night the party continued in Dolan’s bar and the Warehouse. The tickets were 12euro but were well worth the price, traditional musicians entertained the bar while We Should Be Dead, Supermodel Twins and Dublin based headliners Fight like Apes played the Warehouse. I put together a video and some pictures of all the best bits from the event, Fight like Apes being the highlight in my opinion, they used ladders as instruments and the lead singer got into the crowd for the last song! The proceeds from the event went to the Marie Keating foundation.
Shane Russell, 10046836
Posted by Digital Media Design @ UL at 9:41 AM