The UCH is probably my favourite place in Limerick, for one the building is full of memories, the concerts at Christmas and the excitement that always fills me as the orchestra tunes up. The concert hall attracts me time and time again, I’m always checking out the website www.uch.ie for interesting events. The website is a favourite with me, living in the Limerick area means that if something pops up I can go along. The website also provides links to the sister venue of the UCH, the LIT Millenium Theatre.

I’m always fascinated by performances by orchestras, it’s always a million times better to watch the music in action than listening to it on CD. For one you can appreciate the hours of practice that went into each note, somehow the music has an added value. The Irish Chamber Orchestra are currently performing a series of seven concerts with musicranging from the old greats Mozart,Vivaldi, Handel and Hyden. I’d love to go to all the concerts as the Chamber Orchestra are always fantastic, however being limited to but one I decided to attend the concert entitled “The Great” probably so named because of the composer Mozart who was a musical genius. 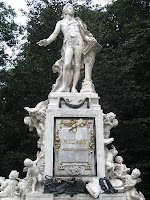 Online I was told that the orchestra would be performing “Mozart’s Symphony No.40” along with some other pieces which I didn’t really pay much attention to, Mozart was tempting enough! The conductor for the night Jorg Widmann was impressive dancing about the stage willing his musicians to ‘play the music and not the instrument’. which they did to the satisfaction of all. The concert opened with a short work by Mozart called “Idomeneo Overture KV 366” followed by a pleasant surprise. It had been advertised as one of the pieces to be played but for some reason I had skipped over the name of the composer and it justso happened to have been the conductor himself that had written the piece. Based on the legend of Icarus the music focused on themedium of air, the cellos and double bassrepresenting the darkness and the violins representing the sun, the violas represented the perfect combination of both ‘the safe place to fly’.
My favourite piece of the night however was not Mozart as I had expected , I fell in love with a piece I had never before heard “Clarinet Concerto No.1, Op.73” by Carl Maria von Weber. I fell in love with the clarinet the beauty of its every note. Or perhaps it was the passion of the player, the conductor as he the musician sent the beautiful notes soaring across the room. The conductor had a special bond with his instrument, ‘he was the music for as long as it lasted’. Looking for a night full of excitement and passion seek no further, going to see any orchestra is an experience to remember and the UCH isalways bound to have something to suit you even if you don’t like classical music 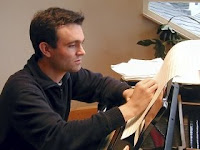